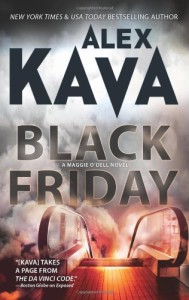 On the busiest shopping day of the year, idealistic students wade into malls across America carrying concealed devices they believe will cause chaos at the checkouts. But at the nation’s largest shopping center, the results are incendiary – and people lie dead. A white-collar lobby group called Citizens for American Pride takes responsibility for the protest action, calling for an end to cheap, foreign-made goods and exported manufacturing jobs. But they insist the bombing was the work of rogue members, zealots who took the message too far.

As Maggie and her partner sift through both the debris and the facts of the case, they uncover paranoia, racism and a sinister secret agenda that extends to the CAPs highest ranks. As retailers count down to Christmas Eve, Maggie knows that infiltration is the only option, even though the cost could be huge. And if they fail, more innocent people will pay with their lives.

This book is in the following genres: Action, Adventure, Crime, Mystery, Romance, Thriller