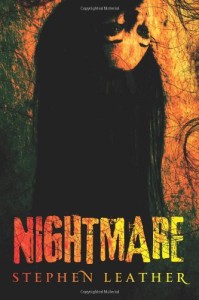 The last case of police negotiator Jack Nightingale’s career ended in the death of nine-year-old Sophie Underwood. Since then he’s saved his own soul from the devil…but now he’s haunted by Sophie’s cries for help. And when a gangbanger lying in a hospital bed with no brain activity repeatedly drops Jack’s name, Nightingale realizes Sophie may desperately need him. But why?

Police superintendent Ronald Chalmers is determined to pin the gangbanger’s almost-murder on Jack, but he is preoccupied with Sophie and whether or not she’s in eternal torment – or if demons are torturing and deceiving him in order to gain the ultimate prize. With time running out, he’ll have to face down Chalmers and the police, south London gangs, and Hell itself in order to find the answer…