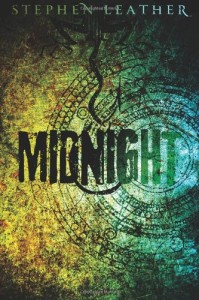 Somehow, variations of that line keep former police negotiator Jack Nightingale’s life careening in wild, unforeseen directions. And now, as a PI trying to put his life in perspective after his last go-round with the ultimate evil, the chilling phrase returns again. This time it is uttered by a dead woman hanging over a staircase, her neck broken by the laundry cord she tied around it before tossing herself over the banister. But Jack and his sister have been separated since birth…

How can he save someone he’s never met? Jack goes on the hunt for the sister he never knew, but everyone he talks to about her dies horribly. It’s as if someone – or something – is determined to keep them apart. If he’s going to save his sister, he’s going to have to do what he does best: negotiate. But any negotiation with the forces of darkness comes at a terrible price, and first Jack must ask himself a question: is every soul worth saving?