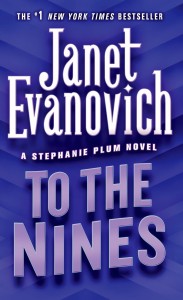 Take a trip down the Jersey Turnpike to the irresistible world of Stephanie Plum – where America’s favourite bounty hunter gets into more trouble than ever. This time, Stephanie, Lula, and Grandma have a Vegas-sized problem on their hands. The pursuit of a skip brings Stephanie to Las Vegas, and three mob guys want to make sure it’s a one-way ticket. Once there, Stephanie meets up with Sally Sweet as well as a whole cast of characters who could only exist in a place like Vegas.

With Joe Morelli making a surprise visit and Ranger doing own kind of surveillance, Stephanie’s nights have never been hotter. This ninth Stephanie Plum novel is Janet Evanovich’s wildest, wackiest, and most suspenseful yet.

This book is in the following genres: Action, Humor, Romance