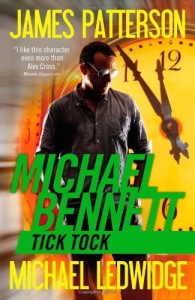 A bomb set in one of New York’s busiest places is discovered before it explodes. But relief turns to terror when the police realize it is just a warning of greater devastation to come. The city calls on Detective Michael Bennett, pulling him away from a seaside vacation with his ten adopted children and their beloved nanny, Mary Catherine–leaving his entire family open to attack. Bennett enlists the help of a former colleague, FBI Agent Beth Peters. His affection for Beth grows into attraction and then something stronger, and his relationship with Mary Catherine takes an unexpected turn. Another horrifying crime leads Bennett to a shocking discovery that exposes the killer’s pattern–and the earth-shattering enormity of his plan.