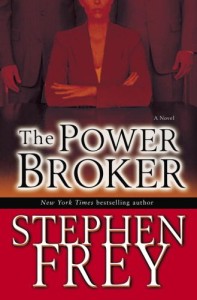 In this tense thriller, Christian Gillette, hero of The Protege, is approached by a shadowy group representing vast wealth (but vague motives). It’s a politically conservative alliance interested in a partnership with Gillette’s company, Everest Capital. Then he is contacted by a charismatic liberal politician named Jesse Wood, who is about to announce his candidacy for President; Wood and his advisors want Gillette to run for vice President. Skeptical of both offers, Gillette tries to discern who can be trusted. But he soon realizes a colleague has ties to one party… and ultimately, he can’t trust anybody at all.