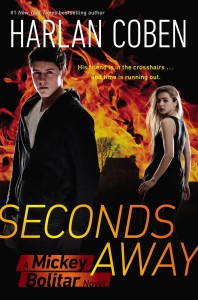 Debuting on the New York Times and USA Today bestseller lists, Shelter, Harlan Coben’s first novel in the Mickey Bolitar series, has sparked enthusiasm around the world as his fans wait for the next installment in this action-packed series. Having ended the Edgar-Award-nominated Shelter with a jaw-dropping cliffhanger, Coben picks up Mickey’s story right where it left off in this suspenseful new adventure. Mickey and his loyal new friends, sharp-witted Ema and adorkably charming Spoon, once again find themselves in over their heads on the hunt for missing pieces to a puzzle they have yet to understand. As the mystery surrounding Mickey’s dad’s death unfolds, he soon learns that they may be in more danger than they could have ever imagined.