LEE CHILD is British but moved with his family from Cumbria to the United States to start a new career as an American thriller writer.

He lives just outside New York City, with his American wife, Jane. They have a grown-up daughter, Ruth, and a small dog called Jenny.

Lee fills his spare time with music, reading, and the New York Yankees. He likes to travel, for vacations, but especially on promotion tours so he can meet his readers, to whom he is eternally grateful. 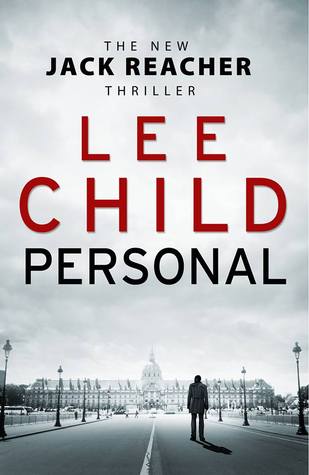 You can leave the army, but the army doesn’t leave you. Not always. Not completely. Jack Reacher walks alone. Once a go-to hard man in the US military police, now he’s a drifter of no fixed abode. But the army tracks him down. Because someone has taken a long-range shot at the French president. Only(…) 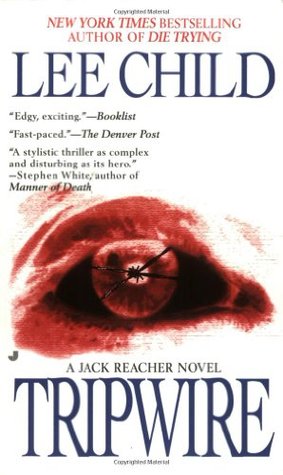 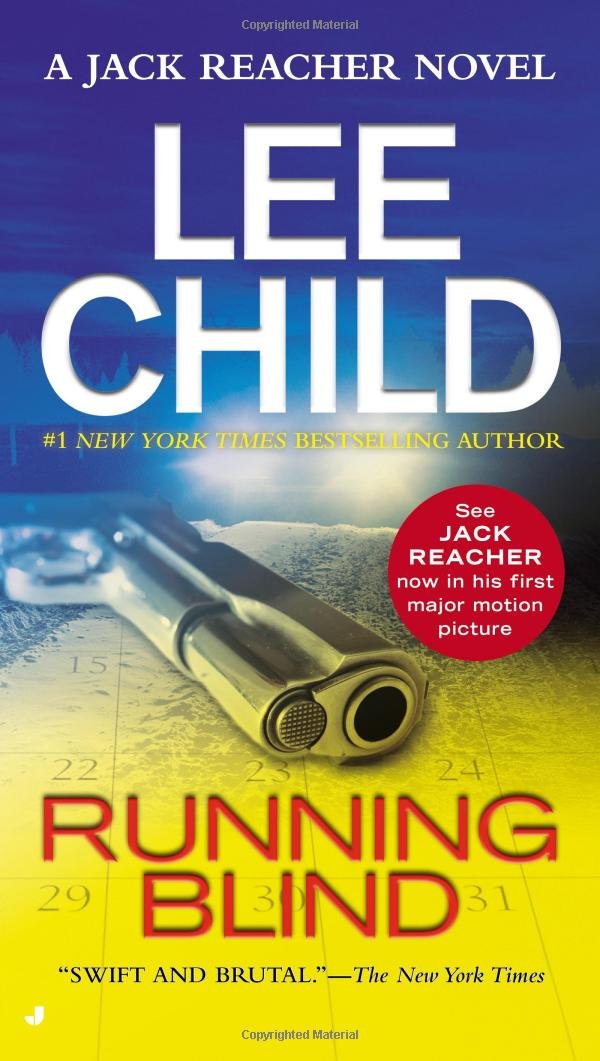 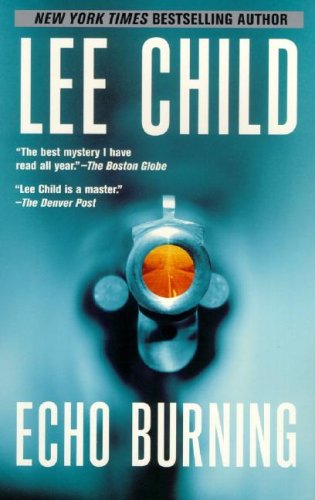 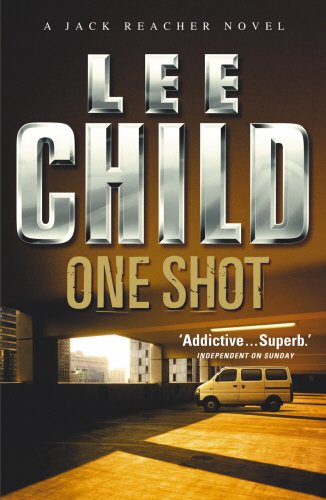 A lone gunman unleashes pandemonium when he shoots into a crowd of people in a public plaza in Indiana. Five people are killed in cold blood, shot through the head. But he leaves a perfect trail of evidence behind him, and soon the local police chief tracks him down. After his arrest, the shooter’s only(…) 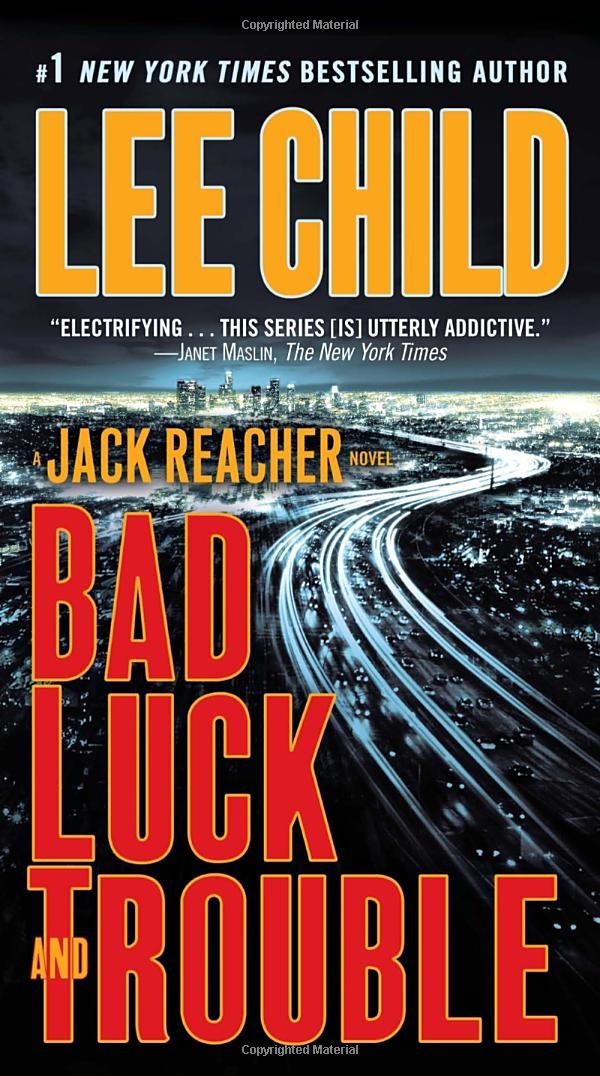 Suicide bombers are easy to spot. They give out all kinds of tell-tale signs. Mostly because they’re nervous. By definition they’re all first-timers. Riding the subway in New York at two o’clock in the morning, Reacher knows the twelve giveaway signs to look out for. Watching one of his fellow-passengers, he becomes sharply aware: one(…) 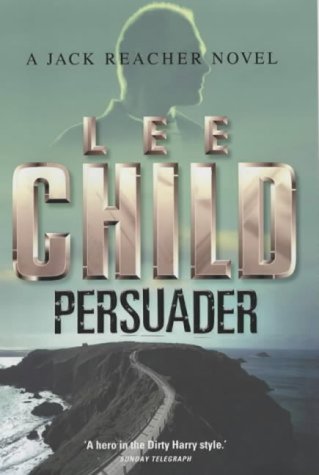 Never forgive, never forget. That’s Jack Reacher’s standard operating procedure. And Francis Xavier Quinn was the worst guy he had ever met. He had done truly unforgivable things. So Reacher was glad to know he was dead. Until the day he saw him, alive and well, riding in a limousine outside Boston’s Symphony Hall. Never(…) 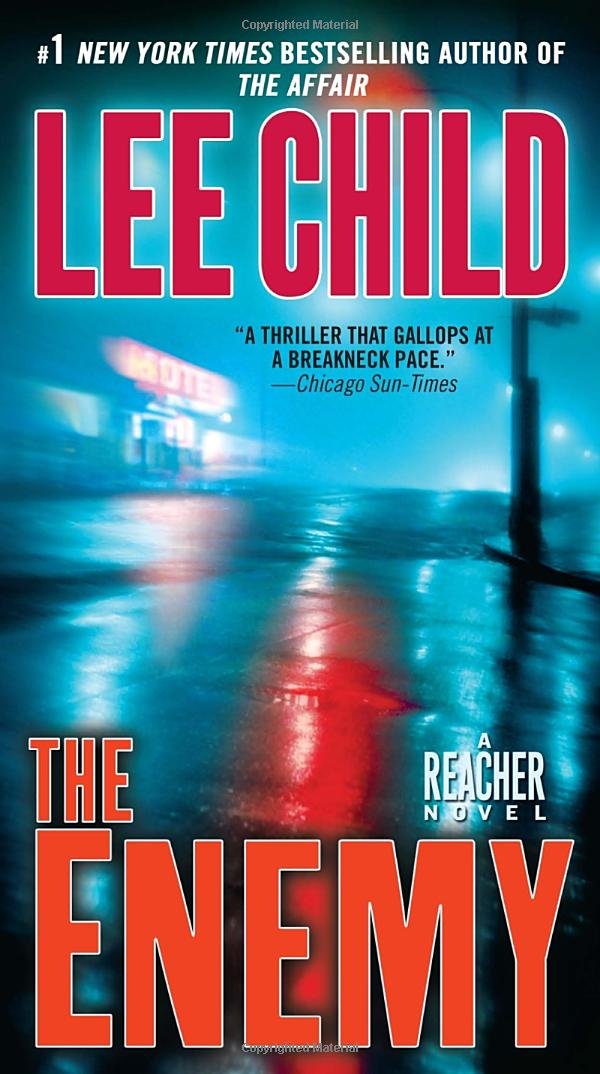 New Year’s Day, 1990. The Berlin Wall is coming down. Soon America won’t have any enemies left to fight. The army is under pressure to downsize. Jack Reacher is the duty Military Police officer on a base in North Carolina when he takes a call reporting a dead soldier. The body was found in a(…) 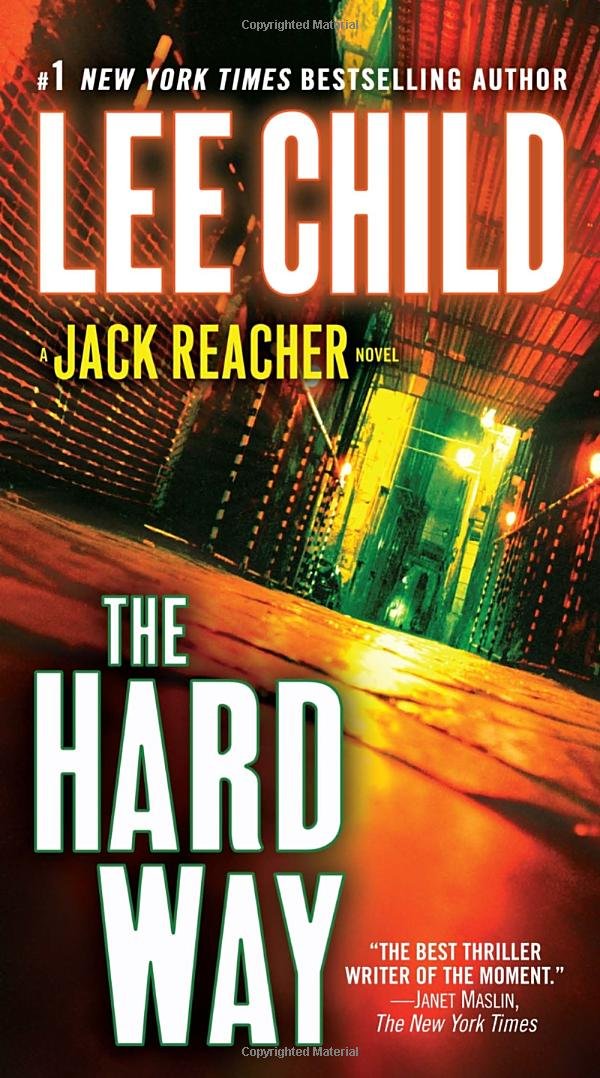 In Lee Child’s astonishing new thriller, ex—military cop Reacher sees more than most people would…and because of that, he’s thrust into an explosive situation that’s about to blow up in his face. For the only way to find the truth – and save two innocent lives – is to do it the way Jack Reacher(…) 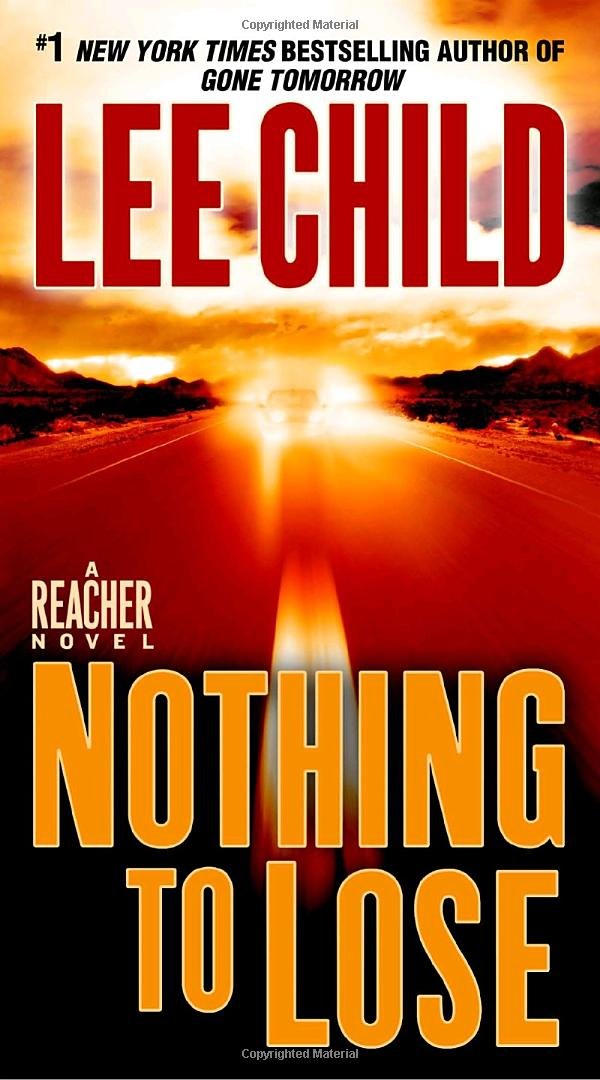 Two lonely towns in Colorado: Hope and Despair. Between them, twelve miles of empty road. Jack Reacher never turns back. It’s not in his nature. All he wants is a cup of coffee. What he gets is big trouble. So in Lee Child’s electrifying new novel, Reacher—a man with no fear, no illusions, and nothing(…) 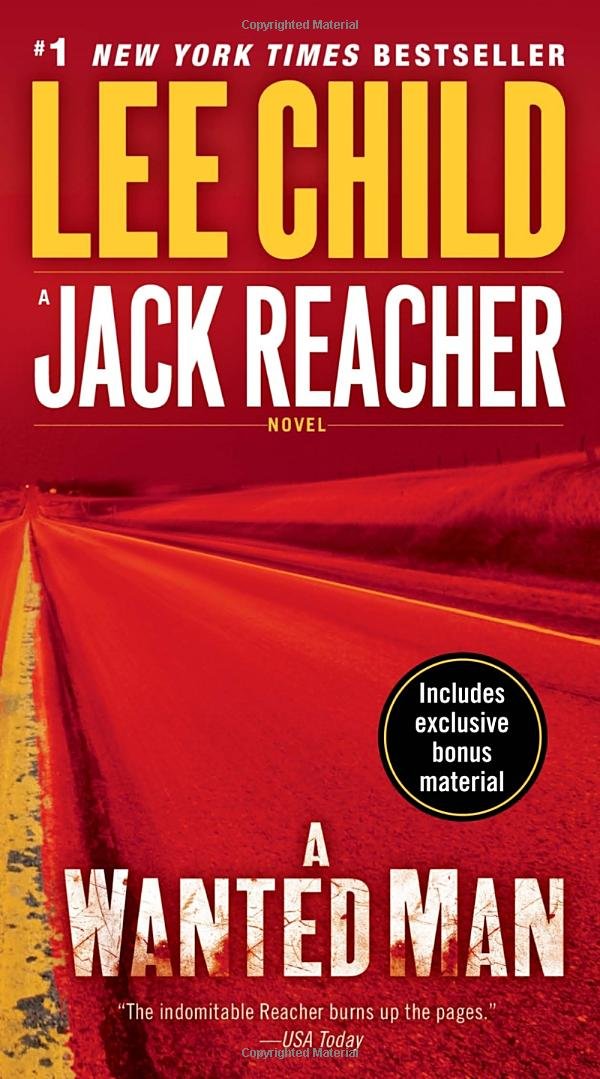 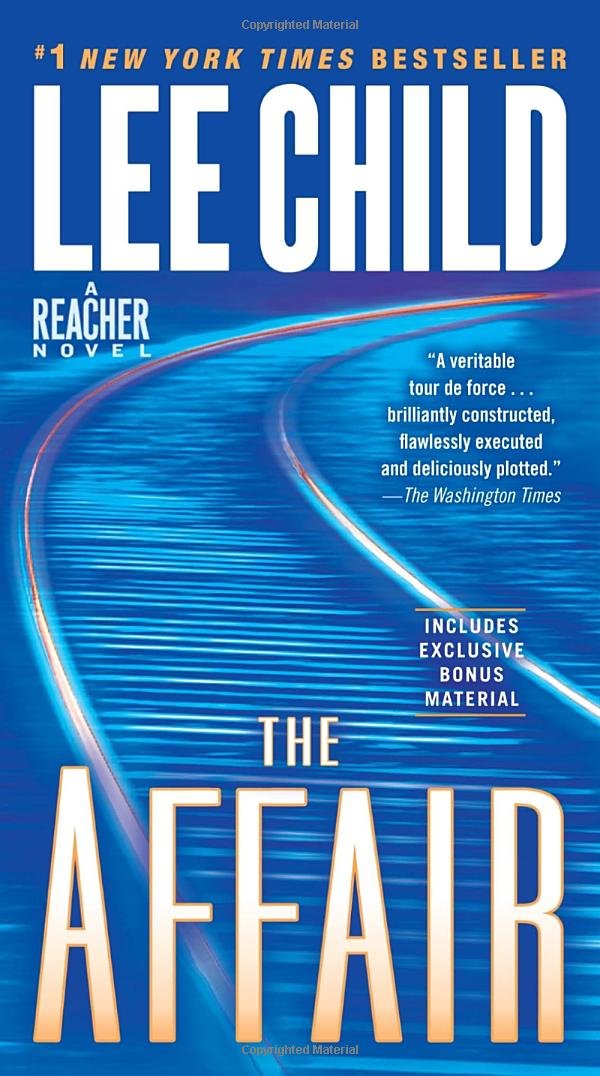 Everything starts somewhere. . . . For elite military cop Jack Reacher, that somewhere was Carter Crossing, Mississippi, way back in 1997. A lonely railroad track. A crime scene. A coverup. A young woman is dead, and solid evidence points to a soldier at a nearby military base. But that soldier has powerful friends in(…) 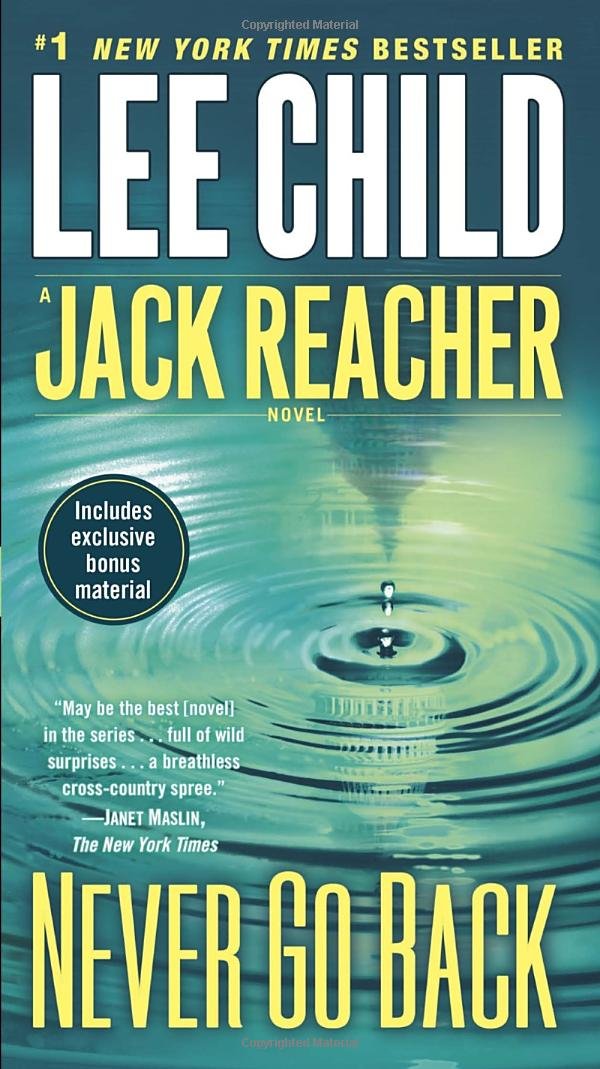 After an epic and interrupted journey all the way from the snows of South Dakota, Jack Reacher has finally made it to Virginia. His destination: a sturdy stone building a short bus ride from Washington D.C., the headquarters of his old unit, the 110th MP. It was the closest thing to a home he ever(…) 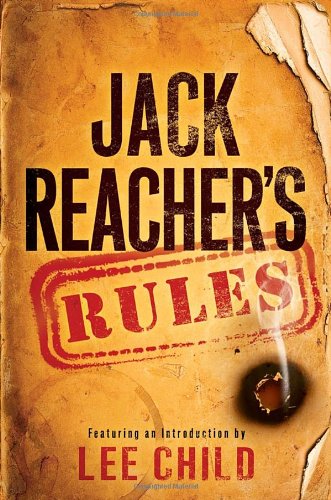 This irresistible guide to the world of the Reacher novels features timeless advice from Jack Reacher, the maverick former army cop, hero of Lee Child’s blockbuster thrillers, and now the star of a major motion picture. My name is Jack Reacher. No middle name, no address. I’ve got a rule: People mess with me at(…) 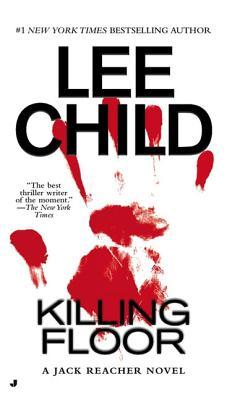