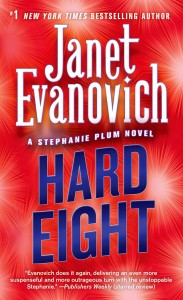 Stephanie Plum, the bombshell bounty hunter from New Jersey, already has problems. Her relationship with Joe Morelli is so complicated it’s now over. Plus, her attractive, if terrifying, mentor and tormentor Ranger has decided he’s ready to collect his reward. But Steph can always count on her family to add to her troubles. When her mother and Grandma gang up to insist she finds their neighbour’s missing granddaughter Evelyn and her child Annie, Steph can’t refuse. Mabel Markowitz signed a custody bond guaranteeing Annie would stay in Trenton after her parents’ divorce.

Now Evelyn and Annie have vanished, Mabel will lose her house to True Blue Bail Bonds Agency. But following their trail is not simple. Where have they gone? What does property lord and war game fanatic, Eddie Abruzzi really want? And why is a glant rabbit stalking Steph?

This book is in the following genres: Action, Crime, Humor, Romance, Suspense