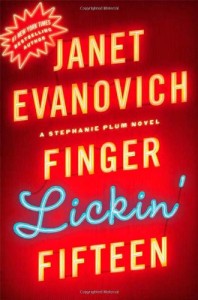 SAVE THE DATE: Tuesday, June 23, 2009 EVENT: The next Stephanie Plum novel, in which complications arise, loyalties are tested, cliffhangers are resolved, and donuts are eaten.

WHERE: Wherever books are sold

This book is in the following genres: Crime, Humor, Mystery, Romance, Thriller