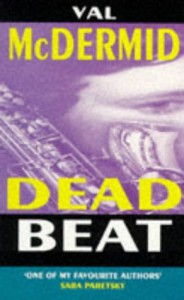 Dead Beat introduces Kate Brannigan, a female private detective who does for Manchester what V.I. Warshawski has done for Chicago. As a favour, Kate agrees to track down a missing songwriter, Moira Pollock, a search that takes her into some of the seediest parts of Leeds and Bradford. But little does she realize that finding Moira is a prelude to murder…