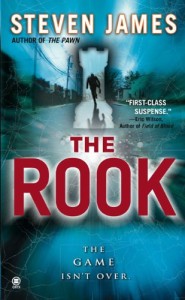 Patrick Bowers is about to uncover the military’s darkest secret . . . and his own dark past. While investigating a series of baffling fires in San Diego, Special Agent Patrick Bowers is drawn into a deadly web of intrigue where nothing is as it appears to be. With a killer on the loose and one of the world’s most deadly devices missing, Bowers is caught in a race against time to stop a criminal mastermind’s trap before it closes around the people he loves.