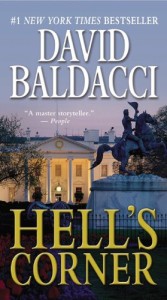 On the night of the State Dinner honouring the British Prime Minister, there is an explosion as the Prime Minister’s motorcade leaves the White House. Oliver Stone witnesses the event.

A bomb has been detonated in what looks like a terrorist plot directed at the President and the Prime Minister.

In the aftermath, British MI-5 agent Mary Chapman, an experienced, lethal operative with an agenda of her own, is sent to assist and coordinate the investigation alongside American authorities.   Stone, together with Harry Finn, Alex Ford, and the rest of the Camel Club, are drawn into the investigation. But everything is not what it appears to be, and what happened in the park may not have been the actual plan. It seems the mysterious attackers had another target in their sights, and it’s up to the Camel Club to stop them, or face the catastrophic results.