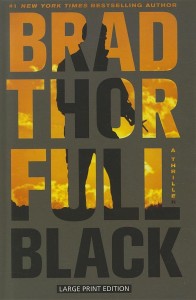 When former American President Thomas Carver Banks is appointed secretary general of the United Nations, the final phase of an intricately laid plan to destroy America is set in motion. After a string of national emergencies are triggered, the government is forced to activate a top-secret plan known as ‘Main Core’ – a list of Americans from every walk of life deemed ‘too potentially dangerous’ to be roaming free during a time of national emergency. At the top of that list is counterterrorism operative Scot Harvath.

As Harvath races to evade capture and uncover who is behind the plot, a terminally ill Special Forces soldier begins targeting prominent Americans for assassination. When he and Harvath cross paths, they will learn that neither is who they appear and that the danger threatening the country is greater than anything America has ever faced.