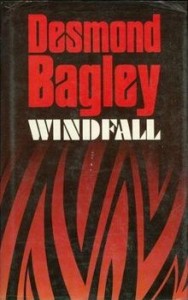 Jan Willem Hendryk’s legacy amounts to a staggering $40 million – $34 million to go to an agricultural college in Kenya’s Rift Valley, and the remaining $6 million to be divided equally between his only surviving descendants: out living in California.

But a number of suspicious circumstances emerge, including a clause in the will stating that Dirk must spend one month of every year in Kenya. What seems at first a simple matter of greed gradually assumes sinister proportions.

This book is in the following genres: Adventure