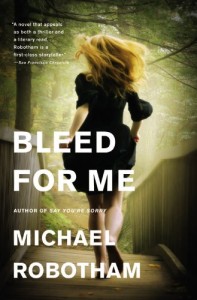 When Sienna Hegarty turns up at his family home one night, covered in blood and frozen in shock, psychologist Joe O’Loughlin finds himself drawn deep into her world, trying to unearth the dark secrets her mind has buried. The police find a major piece of the puzzle at Sienna’s house: her father, a retired cop, is face-down in a pool of his own blood, his throat slashed and his skull caved in. The blood covering Sienna was his. The 14-year-old can’t remember what happened that night but, at the same time, Sienna doesn’t mourn her father’s death.

What was going on behind closed doors in the Hegarty household? Is Sienna guilty of brutal murder? And what part has her charismatic teacher Gordon Ellis played in this blood-soaked event?