I always wanted to be a writer. I travel a lot – more than 70 countries across six continents, to date. My novel DARK PLACES won Canada’s Arthur Ellis Award, and has been translated into Dutch, German, and Japanese; my recent Vertigo Crime graphic novel THE EXECUTOR was nominated for a Spinetingler Award, appeared on several best-of-the-year-lists, and has been translated into Spanish, Italian, and Portuguese. My most recent book, and I think my favorite, is my “children’s book for grown-ups” BEASTS OF NEW YORK. I’m not so secretly planning to write a sequel or two. I write novels, scripts, magazine journalism, a weekly column for the irreverent tech site TechCrunch, and software. It is fair to say that I am easily bored. 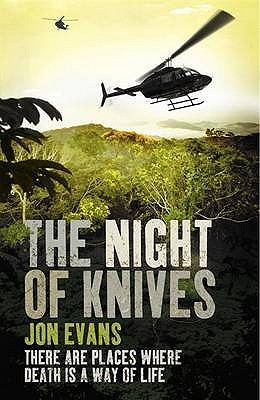 Moira Kelly has come to Africa to start her life over. Still reeling from her divorce, she is grateful when a handsome stranger invites her on an expedition to visit gorillas in Uganda’s wild Impenetrable Forest. But the trip goes desperately wrong when the group of tourists are captured by brutal gunmen, marched into the(…)