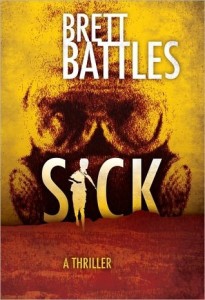 Daniel Ash wakes after midnight to the cry of his daughter. Just a bad dream, he thinks. She’s had them before. Yet he can’t help but worry when she cries out again as he pads down the hallway. Stepping through her doorway, he expects to find her sitting up in bed, frightened by a nightmare.

But the nightmare is his. It’s real. And it’s just beginning… Something is burning Ash’s daughter alive. Something horrible that is spreading beyond the walls of their home, and taking no prisoners. Thirty seconds later, Ash will discover his daughter isn’t the only one in his family infected, and as his world spins, coming apart at the seams, a team of armed men in biohazard suits bursts into his house. But these aren’t the good guys. They haven’t come to save Ash’s family. They’ve come to separate them, to finish what they started. The problem is Ash refuses to disappear. He wants only one thing: to find those responsible. Because humanity is on the brink of execution. And man is pulling the trigger.

This book is in the following genres: Horror, Mystery, Thriller