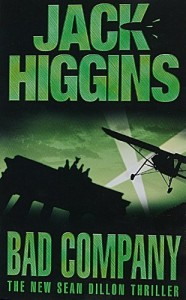 Undercover enforcer Sean Dillon tackles a new crisis as Presidential skeletons threaten to burst from the closet — in the dramatic new thriller from the master of suspense, the author of the international bestsellers Day of Reckoning, Edge of Danger and Midnight Runner. In the waning days of World War II, Hitler gave his diary to a young aide for safekeeping. Now it’s threatening to resurface, with explosive contents: the details of a meeting between emissaries of Hitler and Roosevelt to reach an armistice and turn their collective efforts against the Soviet Union.

The American representative: a close relative of none other than the current US President, Jake Cazalet. Powerful enemies of Cazalet will do anything to get their hands on that diary — and it is up to White House operative Blake Johnson, together with his colleague in British intelligence, Sean Dillon, to make sure they don’t… Filled with hairpin twists and high-tension action, with characters as dark and surprising as any he has created, this is Jack Higgins working at the peak of his powers.