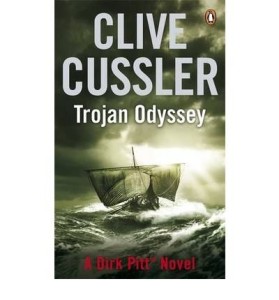 Long hailed as the grand master of adventure fiction, Clive Cussler has continued to astound with the intricate plotting and astonishing set pieces of his novels. Now, with a surprising twist, he gives us his most audacious work yet. In the final pages of Valhalla Rising, Dirk Pitt discovered, to his shock, that he had two grown children he had never known-twenty-three-year-old fraternal twins born to a woman he thought had died in an underwater earthquake. Both have inherited his love of the sea: the girl, Summer, is a marine biologist; the boy, himself named Dirk, is a marine engineer. And now they are about to help their father in the adventure of a lifetime.

There is a brown tide infesting the ocean off the shore of Nicaragua. The twins are working in a NUMA(r) underwater enclosure, trying to determine its origin, when two startling things happen: Summer discovers an artifact, something strange and beautiful and ancient; and the worst storm in years boils up out of the sky, heading straight not only for them but also for a luxurious floating resort hotel square in its path.

The peril for everybody concerned is incalculable, and, desperately, Pitt, Al Giordino, and the rest of the NUMA(r) crew rush to the rescue, but what they find in the storm’s wake makes the furies of nature pale in comparison. For there is an all-too-human evil at work in that part of the world, and the brown tide is only a by-product of its plan. Soon, its work will be complete-and the world will be a very different place.

Though if Summer’s discovery is to be believed, the world is already a very different place…

Filled with breathtaking action and suspense, Trojan Odyssey is Cussler at the height of his storytelling powers.