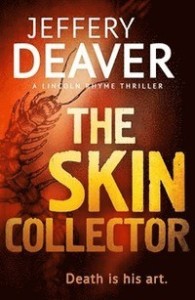 A talented tattoo artist is using poison instead of ink. His victim is a young woman. And on her skin he’s left a message: ‘the second’.

Drafted in to investigate, NYPD detective Lincoln Rhyme and his associate Amelia Sachs find the scene has been scrubbed of evidence.

All except for one trace – a scrap of paper that connects this case with one they will never forget.

And like the Bone Collector before him, Rhyme and Sachs find themselves pitted against a twisted serial killer choosing his victims seemingly at random, a perpetrator who plans his work to the last detail, in a deadly contest with any who try to stop him.

But how close is his connection with that old case? What is the meaning of the words tattooed in poison on the skin of his first victim? And where will he strike next?

This book is in the following genres: Crime, Horror, Mystery, Thriller