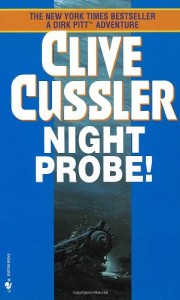 In May 1914, both copies of a secret treaty between the USA and Great Britain are apparently lost forever. It promised a huge sum of money to Great Britain, to be paid during World War I, with Canada to be given up to the US in return after the war. Dirk Pitt is sent to retrieve the treaty.