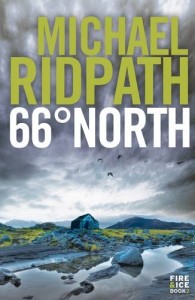 Book Number 2 in the Fire and Ice Series.