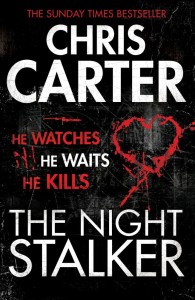 When an unidentified female body is discovered laid out on a slab in an abandoned butcher’s shop, the cause of death is unclear. Her body bares no marks; except for the fact that her lips have been carefully stitched shut. It is only when the full autopsy gets underway at the Los Angeles County morgue that the pathologist will reveal the true horror of the situation – a discovery so devastating that Detective Robert Hunter of the Los Angeles Homicide Special Section has to be pulled off a different case to take over the investigation. But when his inquiry collides with a missing persons’ case being investigated by the razor-sharp Whitney Meyers, Hunter suspects the killer might be keeping several women hostage. Soon Robert finds himself on the hunt for a murderer with a warped obsession, a stalker for whom love has become hate.