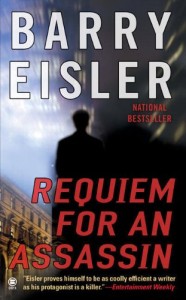 Hunted and finally cornered, John Rain faces his deadliest enemy ever: himself. For Rain, “the most charismatic assassin since James Bond” (San Francisco Chronicle), getting out of the life was never going to be easy. But with a new identity in Paris, and the help of his lover, Mossad agent Delilah, he was beginning to leave the killing business behind.

And then he receives a message from rogue CIA operative Jim Hilger: We have your friend Dox. Do as we tell you, or he dies.

For a professional like Rain, the choice ought to be easy: do the job–a series of three hits–and save his friend and partner. But how does Rain know Hilger won’t kill Dox, anyway, once the assignment is complete? How does he know each of the hits isn’t simultaneously a setup for Rain himself? Most of all, how can he control the killing rage Hilger’s lethal game of extortion reignites inside him?

From the deceptively tranquil beaches of Bali, to the backstreets and boulevards of Paris, to the urban canyons of Silicon Valley and New York and the old killing fields of Vietnam, Rain must grapple with his age, his enemies, and, most of all, with the killer inside himself in a battle not even Rain can hope to survive intact.

“With a mix of nifty black-ops scenes and moments of emotional explosiveness, Eisler proves himself to be as coolly efficient a writer as his protagonist is a killer.”
–Entertainment Weekly