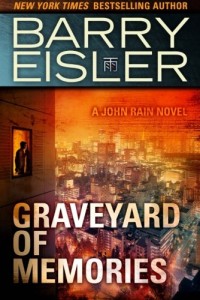 What makes a legendary assassin? For John Rain, it was the lessons of love, war, and betrayal he learned in Tokyo in 1972. Fresh from the killing fields of Southeast Asia, Rain works as a bagman under the watchful eye of his CIA handler, delivering cash to corrupt elements of the Japanese government. But when a delivery goes violently wrong, Rain finds himself in the crosshairs of Japan’s most powerful yakuza clan. To survive, Rain strikes a desperate deal with his handler: take out a high-profile target in the Japanese government in exchange for the intel he needs to eliminate his would-be executioners.

As Rain plays cat and mouse with the yakuza and struggles to learn his new role as contract killer, he also becomes entangled with Sayaka, a tough, beautiful ethnic Korean woman confined to a wheelchair. But the demands of his dark work are at odds with the longings of his heart – and with Sayaka’s life in the balance, Rain will have to make a terrible choice.

This book is in the following genres: Action, Suspense, Thriller